Whether it’s finding or losing my virginity, doing it the Virgin way – or screwing it up and doing all over again, any of these books by Richard Branson holds a proud place on my bookshelf and I constantly devour any content he shares.

On Sunday, he will be etched in stratospheric history so to speak as the first billionaire to head to the edge of space this Sunday.

Going back in time, my first encounter with one of the Branson brands was 16 years ago on Virgin Airlines – which was also my first time boarding a plane.

I’m fortunate to say that I have also met him personally. On 10th November 2017 (a date etched firmly in my mind), he visited us at 22 on Sloane. I was star struck. He seemed larger than life and his instantly recognizable blonde hair, goatee and soft British accent confirmed I had really met my idol.

Over coffee, we chatted about our journey to launch the 22 on Sloane startup campus and he quizzed us on our strategic goals, also poking holes in it where necessary. His combination of savvy street smarts and sharp business acumen left me gob smacked. Yet his encouraging guidance made us believe that we can achieve success and sustain this initiative.

Fast forward to this Sunday. The ultimate risk taker and innovator blasts off and any NASA rocket scientist worth his or her salt will tell you that going to space even with pre-trials and tests remains a big risk.

Branson has been working on his project for almost two decades after founding Virgin Galactic in 2004 with SpaceshipOne rocketing into the heavens. Then with the right tech and team he developed SpaceShipTwo, which can carry two pilots and up to six paying customers on a high-speed joy ride.

For the tech-inclined geeks out there, CNN reports that SpaceShipTwo takes off from an airplane runway attached beneath the wing of a massive, custom-designed quad-jet double-fuselage mothership known as WhiteKnightTwo. Once the mothership reaches about 40,000 feet, the rocket-powered plane is dropped from in between WhiteKnightTwo’s twin fuselages, and fires up its engine to swoop directly upward, accelerating up to more than three times the speed of sound, or 2,300 miles an hour.

The big money space race is officially on and excitingly so.

As I give kudos to all the entrepreneurs, innovators and daredevils out there who dare to dream, break boundaries and make the unknown known, I cannot ignore the sounds of “Starman” and “Major Tom” by David Bowie and of course, “Rocketman” by Elton John softly filling my head…

Kizito Okechukwu is the Executive Head of 22 on Sloane, Africa’s Largest Startup Campus 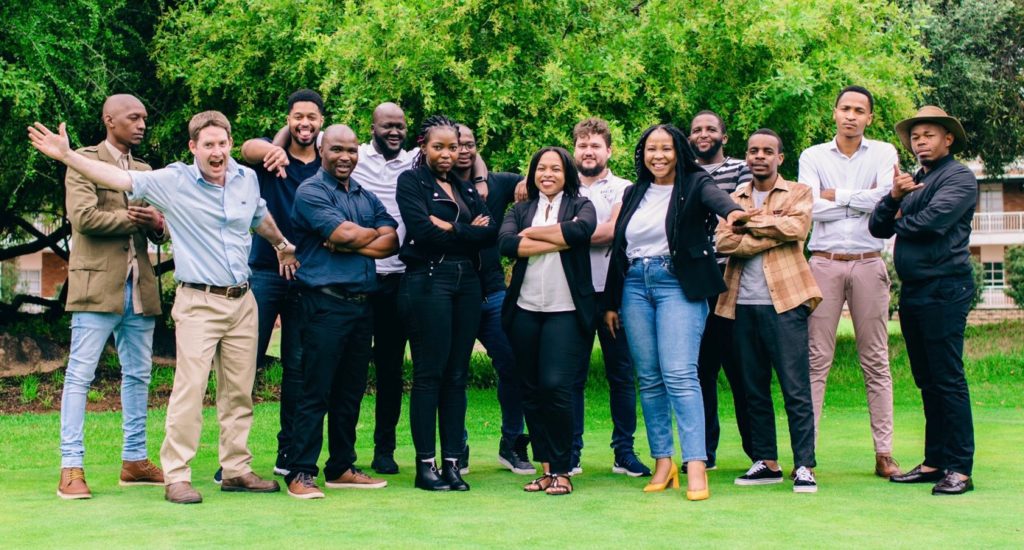 The agricultural industry in South Africa is known to favor industrial agriculture. And like most parts of Africa, smallholder farmers have it rough as they face a plethora of challenges, from…

Virtuoso Digital Agency in partnership with the Global Entrepreneurship Network are proud to announce the launch of a free event for entrepreneurs, ‘Startup Huddle’ in the community of Atteridgeville.