Global Entrepreneurship Week is the largest celebration of entrepreneurship worldwide, with over 40,000 activities in 200 countries engaging millions of people every year.

The 2022 global launch will take place at the 22 On Sloane Startup Campus in Johannesburg, South Africa. 22 On Sloane, home to GEN’s South Africa programming, plays a key role in GEN activities across the African continent. Throughout the week, participants will celebrate milestones achieved by all role-players in the ecosystem. The 22 on Sloane Executive Head, Kizito Okechukwu, stated he is honoured to have the campus as a launch platform in light of 22 On Sloane celebrating its five-year anniversary.

“It’s been five years since we launched 22 On Sloane and the impact we’ve made has been tremendous” he said. “It’s all thanks to our partners who have been with us on this journey. Some of those partners include Rand Mutual Assurance, African Bank, USAID, Business Leadership South Africa, United Nations, Telkom, Swissport, Microsoft, the Department of Small Business Development and the Department of Social Development.”

Over the past five years, 22 On Sloane has supported more than 1,000 startups through its incubation and accelerator programmes, as well as capacity building and ecosystem collaborations. Over this period, participating startups have generated a cumulative revenue of over R1 billion with over 700 jobs created.

22 On Sloane will host a full week of activities during GEW including the Inaugural Presidential SMME Awards and Summit powered by the Department of Small Business Development; a Tech Summit powered by Telkom; the launch of Tshwane University of Technology’s (TUT) Centre of Entrepreneurship powered by TUT; the annual GEW Hackathon powered by African Bank, RMA and Telkom, and 22 On Sloane’s Programme Pitch and Demo days. Many other ecosystem stakeholders will also host various activities throughout the week. Overall, over 200 activities are expected to take place in South Africa during GEW.

Speaking on his upcoming visit to South Africa, GEN President Jonathan Ortmans said: “Our commitment to Africa, driven out of 22 on Sloane, remains as strong as when we launched GEN Africa in 2017 – making it a fitting place to open Global Entrepreneurship Week on its 15th anniversary. I am proud to stand alongside inspirational African entrepreneurs and leaders this week in supporting all those on the continent who are unleashing their ideas.”

Ortmans last visited South Africa in 2017 for the launch of 22 on Sloane and the Global Entrepreneurship Congress, which convened over 5,000 startups, investors, policymakers and ecosystem-builders in Johannesburg.

After the GEW 2022 opening ceremonies in Johannesburg, Ortmans will visit Cape Town, where he will meet various ecosystem stakeholders and share an important announcement. For more information about 22 On Sloane’s GEW activities, visit: https://www.22onsloane.co/global-entrepreneurship-week/

In 2022, backed by an incredible community of staff, volunteers and partners, GEN directly helped 5,575 entrepreneurs and indirectly supported 1.13 million startups through our programs. With deep gratitude to all who helped us make this possible, I have selected seven highlights from our 15 global work streams to mention as we close out the year. 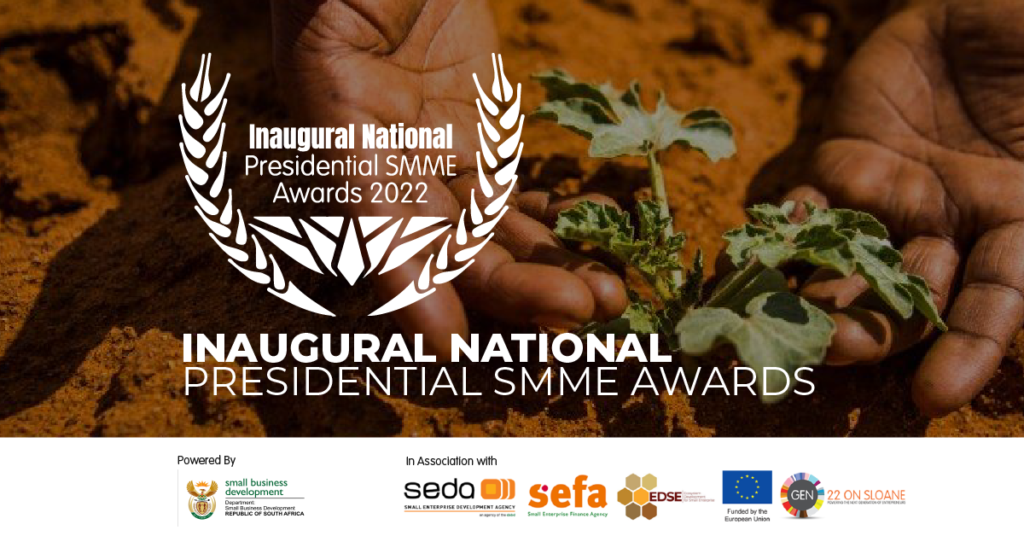 The Department of Small Business Development (DSBD) and its agencies, the Small Enterprise Development Agency (Seda), the Small Enterprise Finance Agency (Sefa) hosted the Inaugural National Presidential SMME and Co-operatives Awards on the 13th of November which was followed by the Inaugural National SMME and Co-operatives Summit on the 14th – 15th November 2022 at the 22 On Sloane Campus.